In 2002 a friend and I attempted to start a wireless Internet service provider, called “Hastings Wireless” in our home town of Hastings, NE. Our objective was to blanket public spaces with WiFi which the public could use at some minimal cost. The project ran for about 1.5 years and collected a small, 5-person following, but didn’t achieve critical mass and ultimately closed on 2009-08-16. 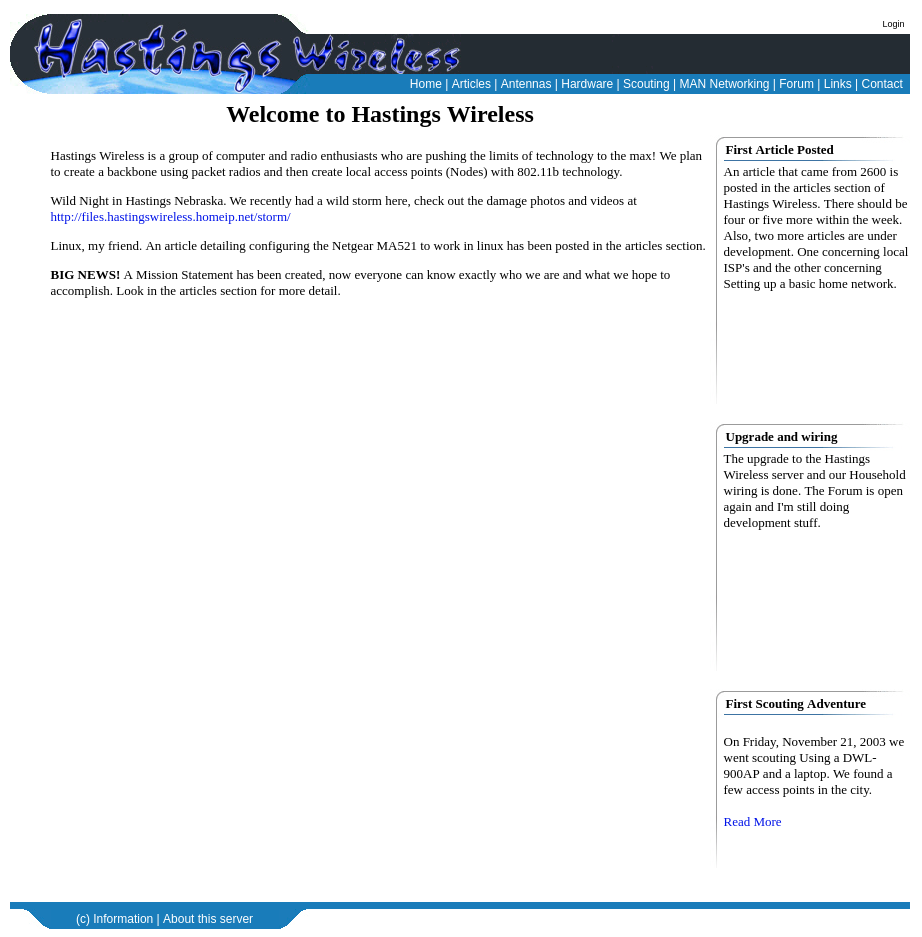 In the interest of preserving this (failed) activity, I’ve resurrected most of the content from our website and posted it to this blog with the original article publication date. You can find the content on the following pages:

Hastings Wireless was a good idea at the right time, but it failed to garner widespread attention and ultimately failed.

The problem wasn’t technological in nature: there was widespread support for 802.11 technology by laptops and PDAs owned by consumers in the area, 3G wireless technology wasn’t generally available (in Nebraska) at the time, EDGE was too slow/expensive to use, and 2.4 GHz wifi devices were inexpensive and widespread. Likewise, there were many other similar projects ( Seattle Wireless, being the most famous and long-running) which were successful.

I think the reasons why it failed were as follows:

All-in-all, it was a fun project which, despite its failure, had minimal long-term impact. It also spawned our interest in (computer) networking technology which helped launch one of our careers in the tech sector.